The Allegro maestoso cycle will feature young Croatian pianists whose exceptional talent has been recognized during multiple performances as part of the summer editions of the Piano Loop Festival.

The concerts of Zvjezdan Vojvodić, Stipe Prskalo, Arsen Dalibaltayan, Ivana Petrović-Poljak, and Barbara Cvitanović will be co-organized by the Piano Loop Festival and the Hrvatski dom Split every Saturday from February 26 to March 26, 2022.

This cycle is a gift to the citizens of Split, especially to children and their parents. It aims to develop the audience and encourage education in the art field.

The concerts start at noon in the Ceremonial Hall of the Hrvatski dom Split. 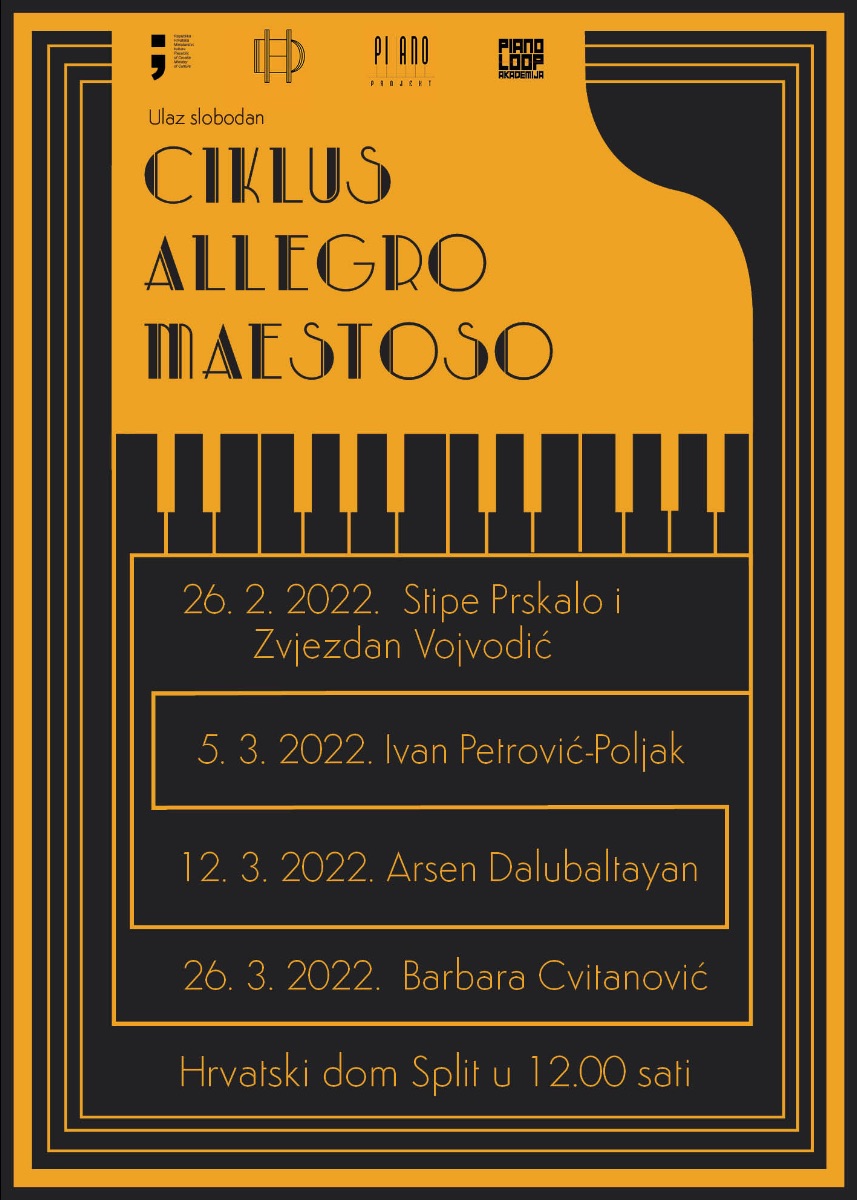